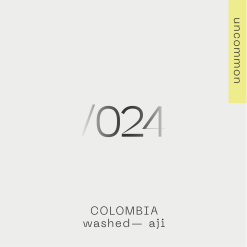 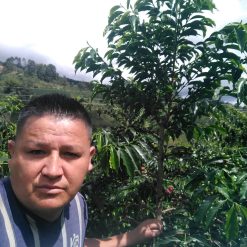 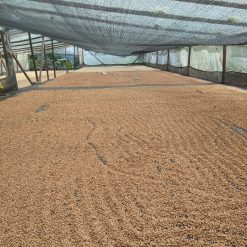 One of the rarest coffee kinds to recently become accessible is the subject one of our first 2023 releases, Ají.
For some this is also known as the Bourbon Ají, though it has been discovered to not be a bourbon variety.
The Ají variety is genetically distinct from ancestor seeds carried to the Americas centuries ago and specialists are still unaware of its origin, it is a relatively recent discovery in the world of coffee. It is thought that it is a newly discovered Ethiopian Landrace not found in many accessions.
The variety Ají is distinguished by the variety’s distinctively mildly spicy pepper character, which is followed as it cools by red fruit flavors and mild floral undertones, creating a unique and distinctive cup. We’ve found these spicy notes to be closer to rosehip, VOC spices or even mild sechuan.

The producer, Javier, has been involved with the coffee world for his entire life. His parents and grandparents have practically always been coffee pickers and have always lived in Bruselas, Huila. Being a picker is a very taxing job; Javier soon got bored of working that way and got more thrilled about the idea of being a producer himself. He learned how grow coffee trees and to process coffee by traveling to different regions in Colombia to learn. After many years of labor, he finally managed to save up enough money to go back to the farm where he was raised and plant his own coffee plants.
He convinced his dad and brother to be partners and they started planting robusta coffees. Over time they realised that the domestic robusta market is a very unfair market for the producer and so they began to learn more about specialty coffee. That’s how they changed all their stock to Pink Bourbon. It was a variety that, due to the elevation of the farm, 1800 meters above sea level, had a great harvest. After about 3 years of producing Pink Bourbon, their neighbour José Salazar told them that he had found a new variety, that coffee left a mild spicy sensation in the mouth called “Bourbon Ají”; Javier decided to buy the seeds and started planting his very own Aji.

Sidenote: In 2020, José entered one of his coffees in Colombia’s Cup of Excellence competition for the first time, and was awarded 17th place for a selection of his Pink Bourbon. In 2021, he decided to enter a different, somewhat mysterious variety that he had come to refer to as “Bourbon Ají” after noticing that the coffee cherries harvested from these particular trees had an aroma reminiscent of hot chili peppers (“ají” means “chili” in Spanish).

However, as mentioned before genetic testing indicated that this variety is not a bourbon at all, but rather, a little known Ethiopian landrace, José Salazar’s Cup of Excellence submission certainly wowed the competition judges and his coffee was ultimately awarded 6th place in the 2021 competition with a cup score of 89.32.

The cherries were processed by 24 hours of fermentation in Grain Pro bags before pulping. After this the pulped beans are fermented for 70 hours in tanks. After this the coffee was dried in their dryer for 12 hours after washing and further dried on raised beds in their greenhouse.

This is a unique coffee, but we’ve found it a tricky one to find the sweet spot. An aroma that is toffee like and that of freshly baked pastries. A true spectrum of fruit notes from orange to cranberry to cherry.

It has amazing complexity, where, if you find the sweet spot, it has a very clear nectarine note. It has a tingling sensation in the aftertaste and flavour that also rosehip has and quite pronounced spice notes that are subtle and that of cinnamon.

We love packaging design, but we hate waste and single-use packaging.
Therefore we try to find a well thought-out balance between aesthetics and sustainability. The hardest part here is having a food-grade solution that fits not just local waste processing, but also national and international.

The over-exploited words ‘reuse, reduce, recycle’ are more than a hollow message like having a green leaf on the label, and we try to live by them as much as possible. For this reason you can pick 1 of 3 types of packaging when you order coffee with us:
– AMOC Jar: our AMOC jars are made from fully recyclable PET. They’re light-weight, which means not many resources are necessary for production. And most important: they are reusable for (almost) an eternity.

– Refill: if you agree with us that opening a new bag and throwing it out as soon as you’ve finished the coffee is bullsh*it: it’s very hard to find a solution for this. Due to rules and regulations your standard coffee pouch can’t be used twice, which is why we can’t refill them. Compostable and recyclable certifications are often vague, only apply under certain conditions or nothing more than a sham.
This is why we decided to offer a different kind of bag for our refills, without the valve or zipper, but simply a thin layer of food grade PP material vacuum packed. These weight about 40% less than conventional coffee bags (meaning less resources are needed to make them), are easy to recycle in most recycling plants and take the minimum amount of volume to ship.

– Kilo: after a long journey trying to find the best packaging for our bigger bags we came to the conclusion that it’s very hard to find a decent, sustainable packaging that also protects the contents well. We’d hate to see the quality of the contents go to waste, because so much energy, water and other resources are put into making the coffee taste as good as possible. Therefore we ended up picking our Kilo bags on recyclability and barrier properties. This bag is (under certain circumstances) recyclable and has amazing barrier properties to keep those beans fresh and tasty for as long as possible. 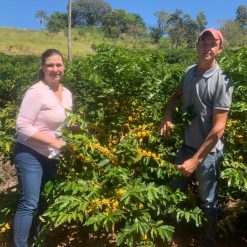 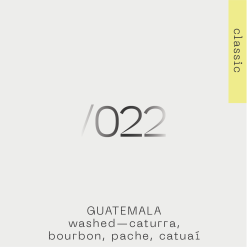 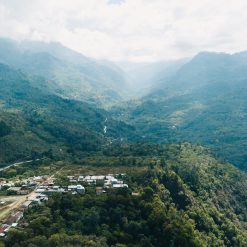 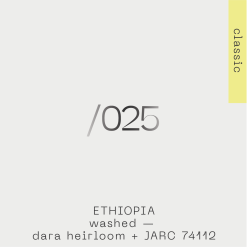 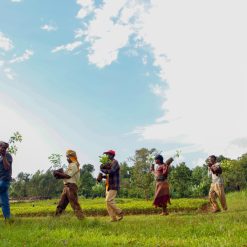 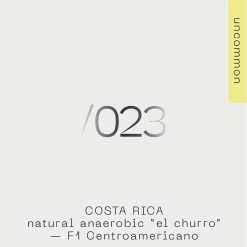 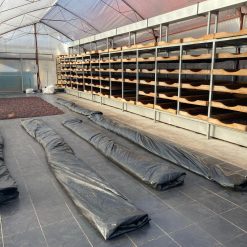 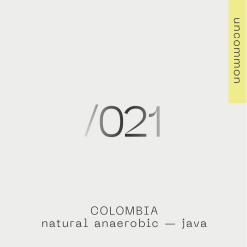 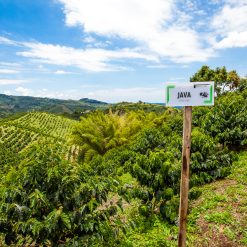 €32,20 – €107,10 inc. VAT
Select options
We use cookies on our website to give you the most relevant experience by remembering your preferences and repeat visits. By clicking “Accept All”, you consent to the use of ALL the cookies. However, you may visit "Cookie Settings" to provide a controlled consent.
Cookie SettingsAccept All
Manage consent

This website uses cookies to improve your experience while you navigate through the website. Out of these, the cookies that are categorized as necessary are stored on your browser as they are essential for the working of basic functionalities of the website. We also use third-party cookies that help us analyze and understand how you use this website. These cookies will be stored in your browser only with your consent. You also have the option to opt-out of these cookies. But opting out of some of these cookies may affect your browsing experience.
Necessary Always Enabled
Necessary cookies are absolutely essential for the website to function properly. These cookies ensure basic functionalities and security features of the website, anonymously.
Functional
Functional cookies help to perform certain functionalities like sharing the content of the website on social media platforms, collect feedbacks, and other third-party features.
Performance
Performance cookies are used to understand and analyze the key performance indexes of the website which helps in delivering a better user experience for the visitors.
Analytics
Analytical cookies are used to understand how visitors interact with the website. These cookies help provide information on metrics the number of visitors, bounce rate, traffic source, etc.
Advertisement
Advertisement cookies are used to provide visitors with relevant ads and marketing campaigns. These cookies track visitors across websites and collect information to provide customized ads.
Others
Other uncategorized cookies are those that are being analyzed and have not been classified into a category as yet.
SAVE & ACCEPT
Powered by